Best Cigars to Smoke in the Autumn 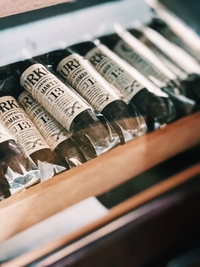 With the colder, wintery weather fast approaching, the autumn season poses a final chance for many cigar lovers to enjoy a smoke in the great outdoors. Of course, there’s absolutely nothing stopping you from smoking all year-round, but a cigar typically takes around an hour to smoke, and most people don’t want to be out in the cold for that long!

Changes in the season also bring about changes in the flavours that we would like to experience. A cigar that you enjoy in the summer might have fruity, citrus notes, whereas, in the autumn, you probably fancy something slightly richer. Think spiced notes, like clove and cinnamon, as well as dried fruit, nuttiness and woody flavours.

The Oliva Series V Melanio Gran Reserva Maduro Robusto Cigar was dubbed Cigar of the Year by Cigar Aficionado back in 2014, so regardless of the time of year, this is definitely a smoke that you need to try! Full of rich flavour notes, ranging from leather through to caramel, this smoke is packed with aroma. It is full-bodied and strong, bringing together blends of Nicaraguan-grown tobacco and a Mexican Maduro wrapper. As you smoke, expect notes of leather, coffee, wood and caramel to stand out.

As tobacco ages, the flavours are hidden within, mature and gain further depth. The Ashton Aged Maduro contains binder and filler tobaccos that have been aged before being wrapped in broadleaf Maduro, which has been fermented during a three-year process. The time spent waiting for these tobaccos to age is certainly worth it, though, as this cigar offers tonnes of flavour while remaining mellow, with a mild-medium-bodied strength. You’ll get rich, earthy flavours, a hint of sweetness, plus notes of spice, cocoa, coffee and maple – perfect autumnal flavour notes!

If you find that the autumn air is a bit too crisp for you, and you’d rather not be outside for too long, then the best bet is to pick shorter cigars. Typically, a smaller cigar will offer you a shorter smoke time. The San Cristobal El Principe cigar is the ideal choice in this scenario, as its Demi Corona vitola makes it pretty short in stature, measuring 4 3/8” x 42. Once you get puffing on this cigar, you’ll wish it was longer, as the flavour it offers is incredible! It offers notes of cacao, with a floral hint within its medium-bodied tobacco.

There’s a bit of a mystery surrounding the Rocky Patel Grand Reserve – the tobacco blend used has been kept a secret! What we do know is that these Rocky Patel cigars are made with some of the oldest tobaccos from Rocky Patel, which were then matured together after rolling for a further two years. The resulting smoke is rich and creamy, with incredible complexities of flavour. It opens with notes of dried fruit and chocolate, which develop into nutty, woody and leathery aromas, before finishing with spiced and coffee notes! Each of these flavours alone sounds perfect for the autumn months, so together all in one cigar, you’re in for a right treat with this smoke!