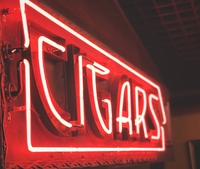 Despite the controversies surrounding cigar smoking in today’s society, there is no denying that those who choose to smoke them are enjoying every last second. Enjoying a cigar during a celebration or special occasion has become a tradition for a lot of cigar connoisseurs and has no intention of being put to a stop. However, it is vital for any cigar smoker to know exactly what they are smoking. Understanding the brands and variations is so important, so let’s look further into some of the world’s finest cigars and get to know each one.

A Cuban cigar is widely considered to be the best in the world and is certainly the most popular. These cigars are carefully handmade with a particularly close eye kept on the tobacco leaves chosen. A Cuban cigar is known for winning over almost every single cigar connoisseur across the world. This is the main reason for their hefty price tag. Their incomparable taste requires these cigars to be governed and is unavailable in a variety of countries.

Initially made in 1966, the Cohiba cigar became popular in 1969. The tobacco leaves used within Cohiba cigars are grown fully in specific plantations in the province of Penar Del Rio. The soil in this area allows for the tobacco to grow and produce a rather distinctive taste.

Originally introduced by the General Cigar Company in 1971, these cigars are incredibly important to many cigar smokers across the globe and quickly became a premium cigar. What makes these cigars so special is the incredible Connecticut Shade wrapper that blends together Dominican tobaccos and a specific binder grown in the valleys of Mexico.

There are so many quality cigars to choose from that it is often difficult for beginners to know where to start. However, with our help here you will at least know where to begin your cigar smoking journey. Should you require more information, do not hesitate to contact your local tobacconist who will be more than happy to go into detail about the worlds cigars.