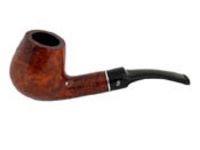 Very often, the first pipe a smoker will buy is a Big Ben pipe. They are synonymous with quality and are a favourite among all pipe smoking circles.

Used since ancient times, all the countries of the world have their own individual, unique take on the common pipe and how (and what!) you smoke. But one thing widely agreed by all is that smoking a pipe is an extremely enjoyable pastime.

They certainly have a class and a panache that no other pipe possesses. This certain je n’est ce quoi allows Big Ben a tradition that is hard to match elsewhere in the pipe industry.

Big Ben pipes are wonderfully engineered and are made from beautiful briar root. Briar is .... Click here to read more 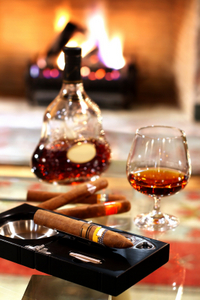 The popularity of cigars, whether they're single cigars, boxed cigars or any other variation,  extend from today to centuries back, and people of all classes enjoy them, although they are particularly a favorite of higher classes.

The actual origins of the cigar goes back many years and spans many continents with with tobacco being grown and used many years ago by the Mayans, the indigenous people of Mexico and central America. The plant spread north and south and was used by more and more tribes, and was used everywhere by the time Christopher Columbus arrived in the Americas in 1412. The sailors tried it and discovered that they enjoyed smoking it, and when it was bro.... Click here to read more 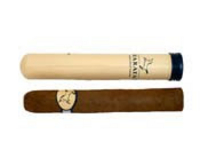 Nicaraguan cigars are continuously growing more and more popular within the industry, as the climate and soil allow for consistent and effective growing of tobacco. The industry in Nicaragua is very much like that of its neighbour, Honduras, where it exploded when numerous cigar experts and manufacturers moved to Cuba, whereby many of them found themselves in Nicaragua.

Nicaragua was originally famous for its cigarette tobacco, before the rise of the cigar industry took place. The soil and climate of that in this country, allows for tobacco suitable for both cigarettes and cigars to be grown at a mass amount, making tobacco one of their biggest exports. Most of the Nicaraguan ciga.... Click here to read more

Cuba is one of the most famous and recognised country for producing and exporting cigars, due to the quality, volume and range of cigars they can produce. The climate and soil in Cuba makes it the perfect place to grow tobacco, and combined with the best recognised “torcedores” (cigar rollers) in the world, have built up a great reputation amongst cigar lovers all over the world.

All Cuban Cigars are managed through the manufacturing process, quality control, promotion, distribution and exportation by Habanos SA and Cubatabaco – two state tobacco companies. Havana, the capital of Cuba, is well known for producing some of the finest cigars, in particular, the worl.... Click here to read more 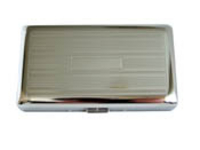 If you are a cigar smoker, then you already know it is highly satisfying and can be a great way to unwind both alone and socially. Maybe you are just getting into cigar smoking, in which case, you may want to learn a bit about good cigar smoking, care and cigar accessories.

Cigar accessories are not just to look ‘good’. They are there to help make your smoking experience the best it can be. For example, a cigar cutter is there to give the cigar a perfect cut, as opposed to a jagged cut or bite, that can ruin the way the smoke is spread throughout the cigar, and ruin the cigar. A cigar case is there to offer protection to your cigars, as they are at risk of damage .... Click here to read more